I’ve just started adding new levels and expanding the storyline of J.D. and Lex in Brainjection.

Brainjection is a cyberpunk themed puzzle game for iPhone and iPad set in year 2059.
In a world where brain implants are commonplace as well as frequently illegal, J.D. and Lez run a lucrative business by modding and upgrading customers brains…
It’s a dangerous activity and avoiding troubles won’t be easy…
Intrigued? Check it out on the App Store at https://apple.co/3dP3wXU

Brainjection is a cyberpunk themed puzzle game set in year 2059.
Help J.D. and Lez complete the operations in this deep, dark, intense, #puzzlegame.

Brainjection is among the winners of #Buildbox #Cyberpunk Game Jam and obtained the 6th place. 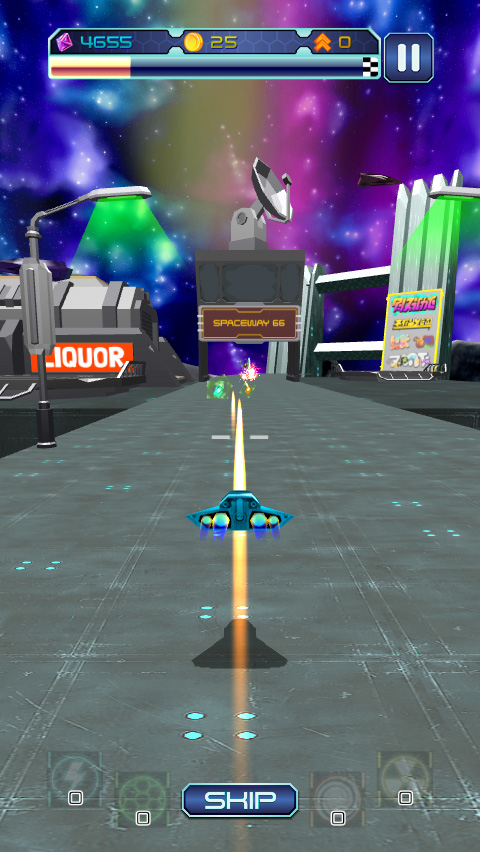 Hi there! Just a quick update.
The game’s still alive and well. I’m still alive and well too!
Here’s a short clip from the latest build of Space Runner 2600.
This clip shows the game tutorial at start, I’m not yet satisfied with it but almost there.
Of course it’s skippable, as prescribed by the 1011th commandment:
“Thou shalt always make skippable tutorials.”
The game is coming soon on iOS and Android. Made with Buildbox 3.

I’ve been working on a new game since February and posted no updates since then, my bad! Here’s a recap: Space Runner 2600 is a space runner game (duh) built with Buildbox 3D, what I’m aiming for is a space themed, fast paced, action game where you collect gems while dodging other spaceships and obstacles.
A very casual game with a twist: in game choices!
This is to allow the player to explore the game world the way he likes, giving him simple quick choices to literally change the course of his journey.
Since the previous post in February, which was just a couple of weeks in the making, a lot has changed, at a glance you may see the flying saucer has been replaced by a spaceship and gems are way different.
Of course most of the changes are in game mechanics as well as in ship movements and interactions with other static/dynamic actors, objects and environment, in short a lot of tinkering and scripting, that’s what I’ve been working on the most.
I’m now starting to build levels, here are a few screenshots from the latest build showing three different scenes from Centauria City on Proxima B world.
Like, comment and share at will! Thanks! 😀

Hi all, I’ve been working on something new in the last couple of weeks, a 3D space-running game for Android smartphones, it’s stil in a very early stage of development, here’s a one minute gameplay clip and a few screenshots.

Looking for a developer to help you with your Buildbox projects, scripts, custom nodes or templates?

Visit the Freelancing section and leave me a message!

This website uses cookies to improve your experience.
We'll assume you're ok with this, but you can opt-out if you wish. Read More

Any cookies that may not be particularly necessary for the website to function and is used specifically to collect user personal data via analytics, ads, other embedded contents are termed as non-necessary cookies. It is mandatory to procure user consent prior to running these cookies on your website.